Hello ladies and gentlemenJ!! Hope all of you are doing well. Today we shall continue with testing sub-section. We shall have an overview on testing using Eclipse and other IDEs. Let us start studying without wasting any more time.

We must first create a separate project that holds the test code while setting up a test environment for android application. Now new project undergoes the same directory structure which is followed by any Android application. Same types of source code, resources, manifest files etc are included. Test package we create is connected to application under test by <instrumentation> element. This element is present in manifest file. 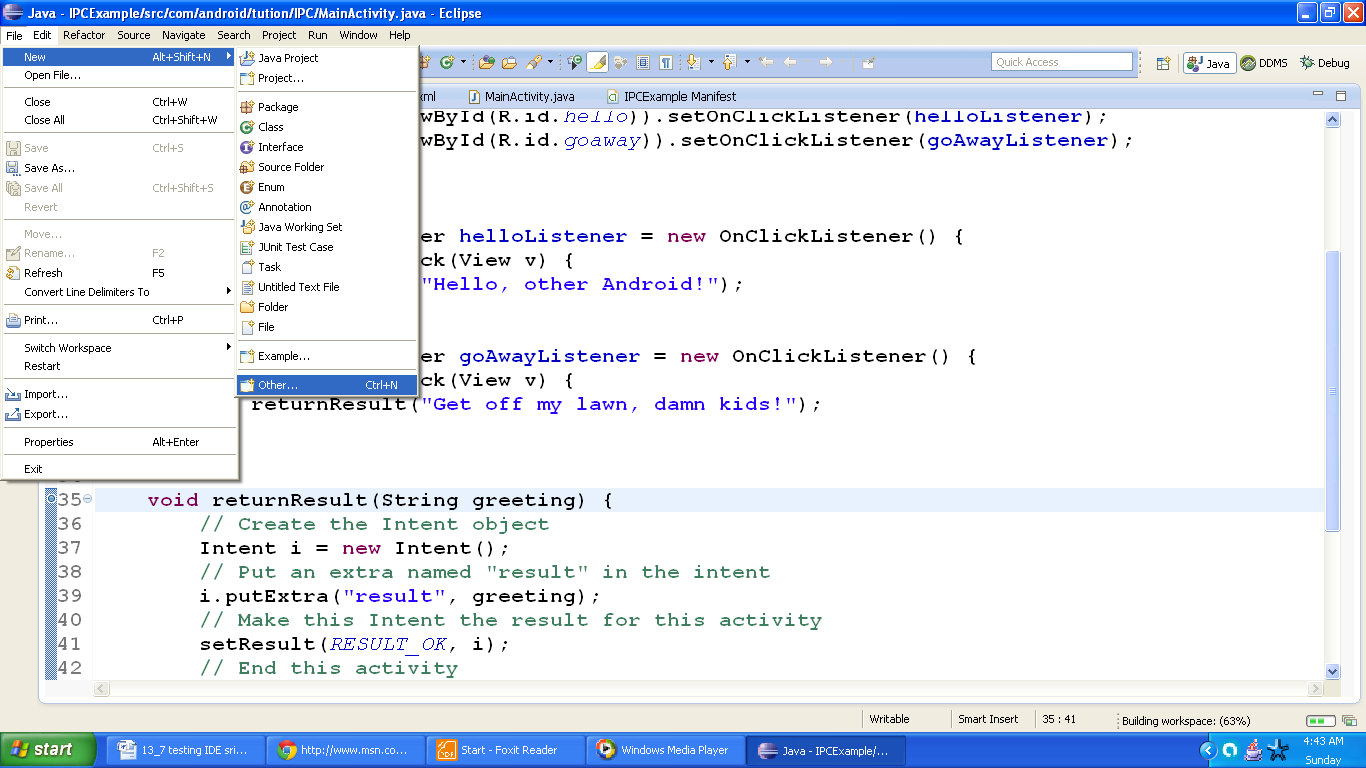 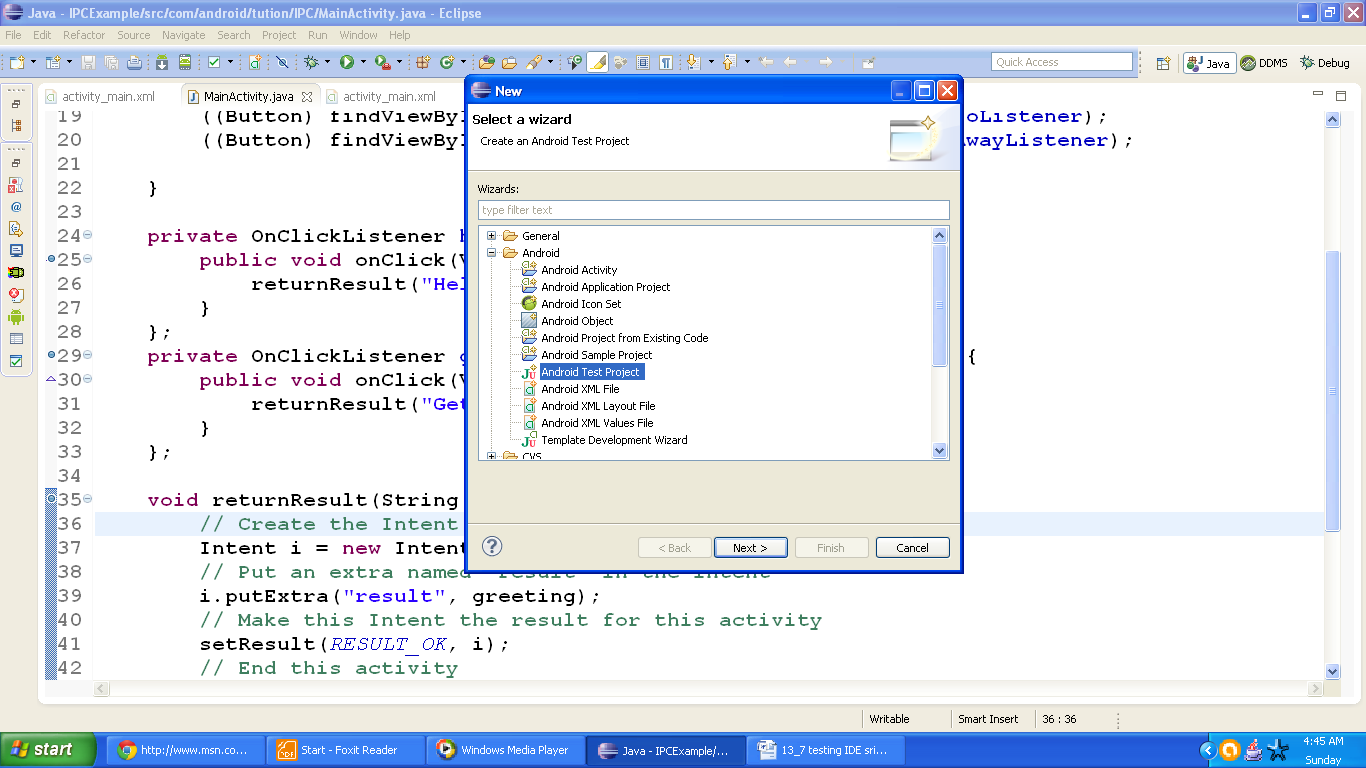 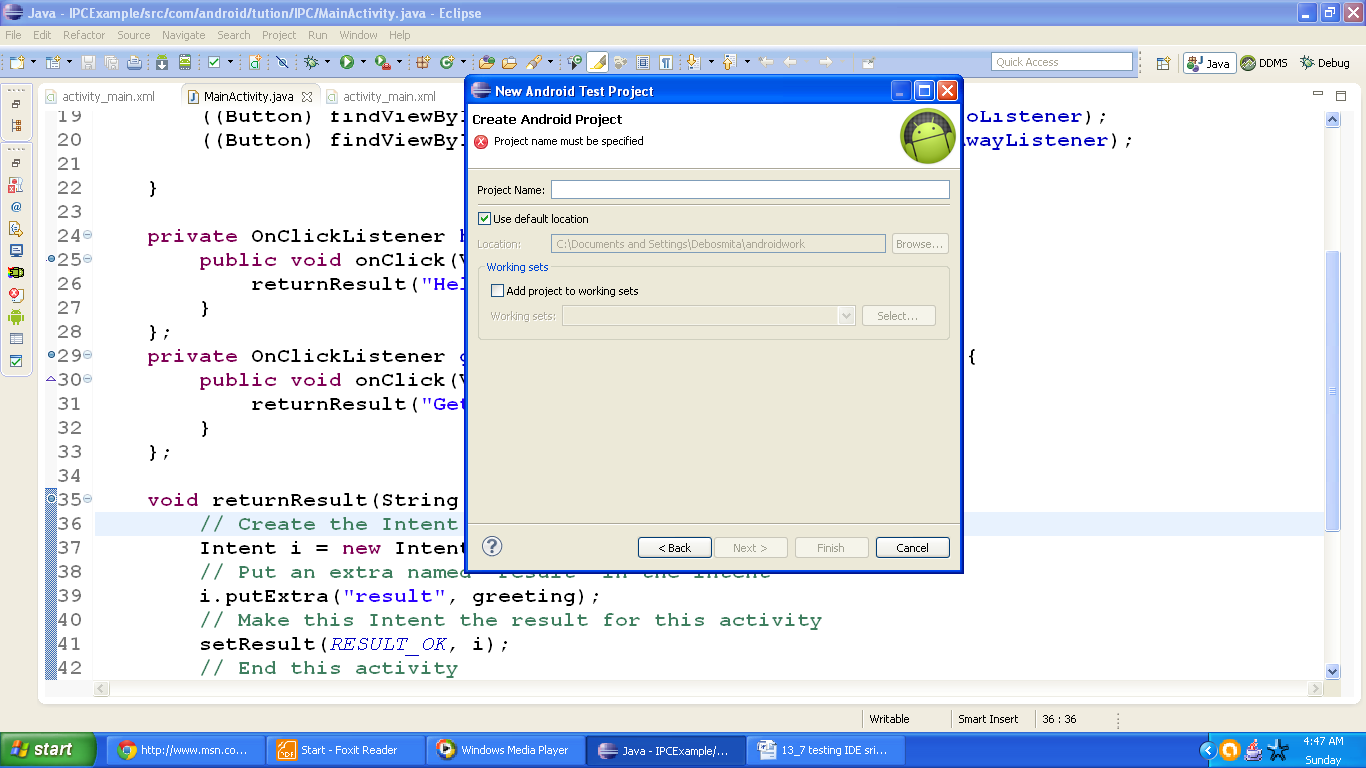 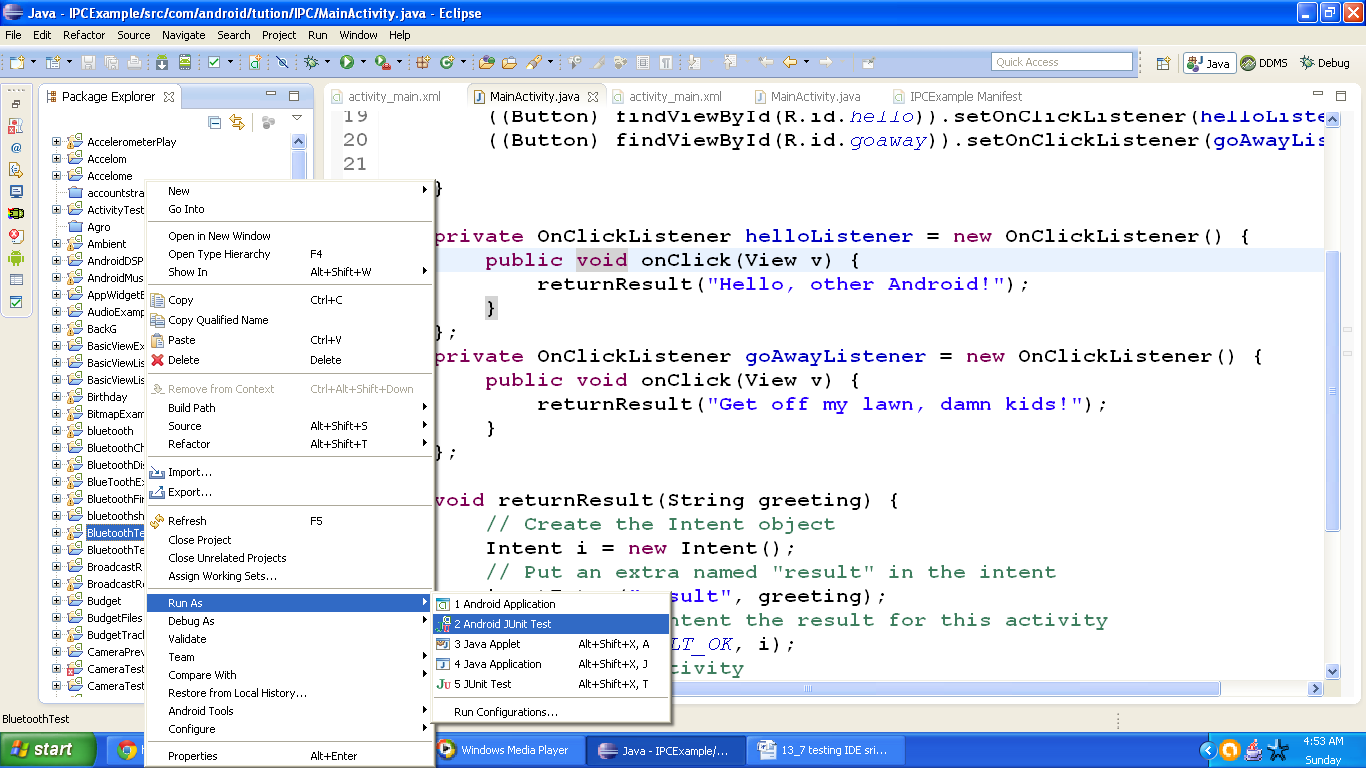 -m: Represents path to the project of the application under test with respect to the test package directory

-n: Represents the name which you want to give to the test project

-p: Represents the directory in which you want to create the new test project

The android tool can be used to change the path to the project of the application under test. The command for updating project is as follows:

When test project is created, we need a test package for this project. Activity is not an mandatory requirement for test project, although application may contain activities, JUnit extensions, etc.

For running application we can use Ant to run all tests in project. This can be done by using target test. This is created automatically when you create a test project with the android tool. Main project and test project may be re-build by target is required.

We can run tests from command line using ADB. Lot of options are available in this scenario. Individual tests can be selected. Testing options can be specified. We run adb shell to start a command-line shell on device or emulator. Then we run the am instrument command in shell. The syntax of am instrument command is as follows:

The most common flags are:

-w: This flag forces am instrument to wait until the instrumentation terminates before terminating itself

-r: Results are in raw format

Congratulations guysJ!! We are done with this sub-section. See you in the next sub-section with something new. Till then keep practicing and Happy App Developing!!!