Android has a layered architecture. Hence android is known as software stack or pile of software. It has five layers:

Now, what is a virtual machine?  Let’s try to find some simple words for these technical terms:

1. Virtual Machine: It is a virtual implementation of a machine which executes like actual machine. The need for this is security and portability.

2. Portability: It is the ability of a program to run anywhere despite of different physical architecture or implementation. Code once and run anywhere.

3. Compilation: The process of converting the program written in your language to the language which your machine understands. In short, program is converted into machine code or low level language in which it can be executed.

4. Program: A sequence of instructions, which can be stored, interpreted and executed by computer.

5. Instruction: It is a basic command. In other words, it is the order given to the processor of computer by your program.

Make sure of one point, android is not extended java, nor java. Both are different.  We will use javaas language so that we can make use of java compatible libraries for Android  app development. Middleware, APIs and libraries are written in C. Application Software running on application framework are written in java-compatible libraries. Android runs Dalvik executable “dex-code” or”.dex” which is generated from java bytecode. Dalvik virtual machine uses JIT (Just-in-time) compilation. 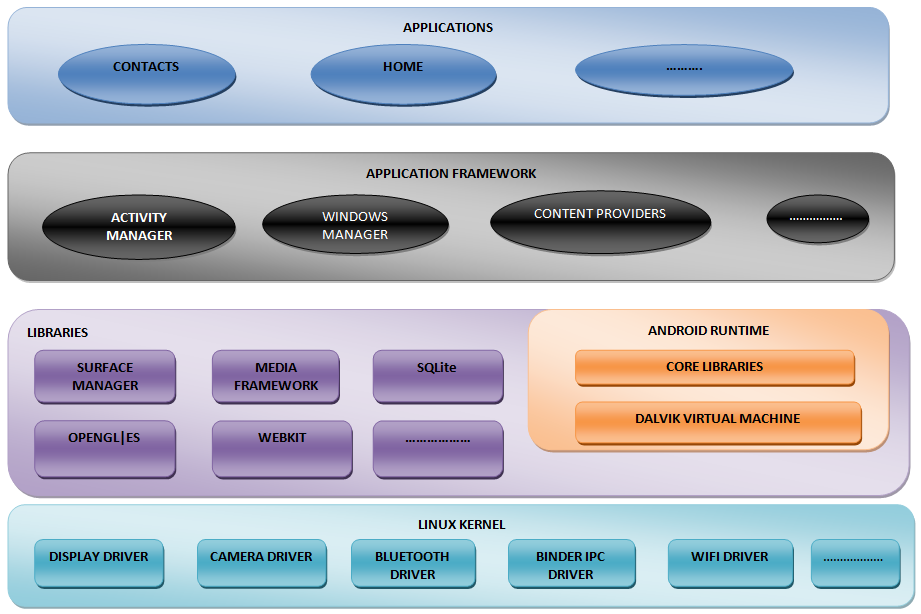