Ladies and gentlemen!! HelloJ! Today we are going to start one of the most set fire topics of software development and that is “Testing!!” As we all know testing is one of the bright career aspects for young generation. Although this is not a tutorial for testing but it is very important to know the testing procedure as we are dealing with software projects. Let us not waste time and start studying.

Bug is a generic term given to flaws, mistakes, or errors and they are inevitable. Early detection of bugs is the best solution to save your pocket. Bugs delays shipment and costs you money at the same time. Test Driven development is an agile component of software development process. It helps us confront the bugs earlier in the development process. The best known reason to write software tests for your development project is that early bug detection saves a huge amount of project resources and reduces software maintenance costs. Now writing the tests also gives us a better understanding of the requirements and the problem to be solved. If we talk in general then we have an open-source software toolkit for measuring and reporting Java code coverage. It covers following types:

EMMA is supported by Android framework. We can easily build an EMMA instrumented version of Android. But you can only use it for JUnit tests. Tests should be automated. There are some specific areas of Android applications which should be considered. Let us have a quick glance on these areas:

A test should verify a condition and return the result of this evaluation as a single Boolean value which in turn will indicate success or failure. Different types of tests are possible according to the object being tested. Some of them are as follows:

Framework for android testing is summarized in the following diagram: 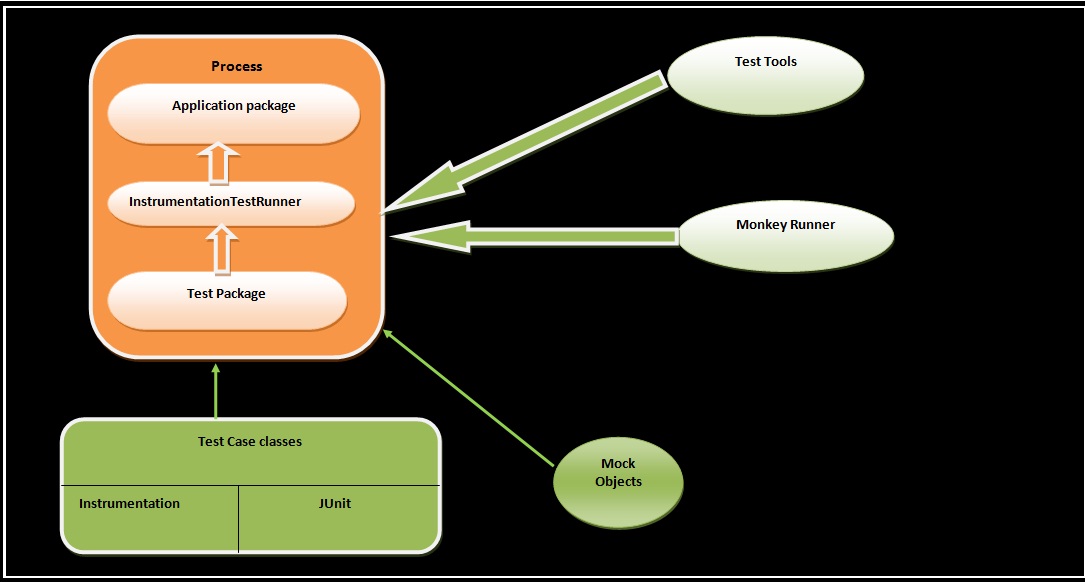 Instrumentation framework controls the application under test. It permits the injection of mock components required by the application to execute. All the interaction with near by environment can be controlled easily. Targets to be tested should be taken care of.

Congratulations ladies and gentlemenJ!! We are concluding the introduction with this. See you in the next section. Till then keep practicing. Happy App developingJ!!