Hope you learned lot of useful information regarding debugging. Today we are going to continue sessions with debugging as it is very important to understand the framework of debugging. We use them unknowingly so let us know them a little more so that we do not run into issues when circumstances are not in under control. Let us continue the session with this sub-section.

Lint is a code scanning tool. It is provided by Android SDK. Now, there is a need for such a scanning tool as structure or code is very important in certain scenarios. Reliability and efficiency of android app is influenced by the structure of code. It could be very difficult at a certain point of time when structure of code has loopholes. Using lint can maintain the quality of code as it is easy to identify and rectify problems. The best part is you need not execute or write any test case in order to accomplish this task. This tool identifies the problem and publishes a problem description message along with the threat on security level. This in turn helps us to prioritize primary and secondary requirements of code. It can be integrated with the automatic testing process as it has a command-line interface. Lint can be run from eclipse or from command-line interface. lint tool is automatically installed when we talk about Android SDK Tools revision 16 or higher. When we talk about Eclipse we have to install Android Development Tools (ADT) Plugin for Eclipse revision 16 or higher.

Let us have an overview on the workflow of this tool.

Let us have a brief idea regarding these jargons:

Lint tool’s results can be viewed in console. It can be viewed in Eclipse as Lint Warnings. The concern is identified by the location of problem inside source files accompanied by description of concern in form of an error message.

The lint tool runs automatically when we run it from Eclipse when any one of the following task is accomplished and they are as follows: 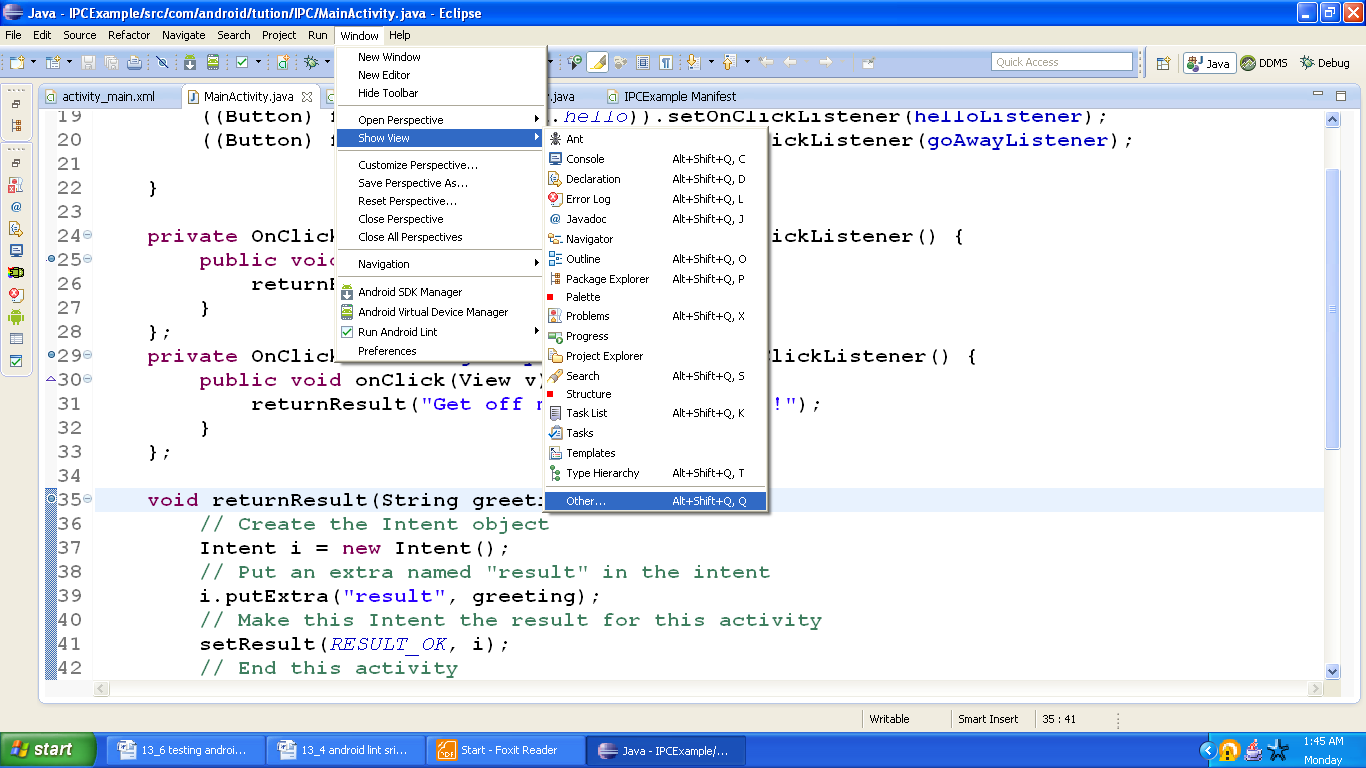 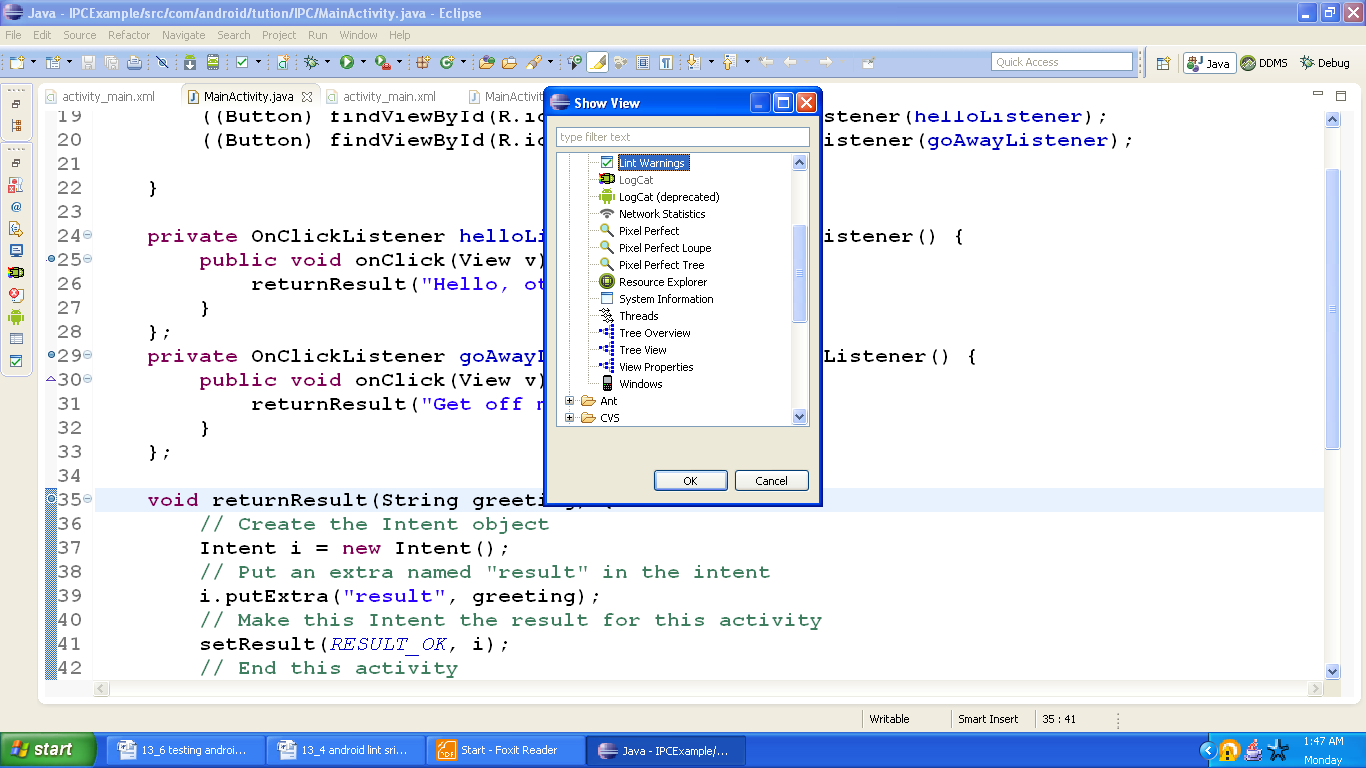 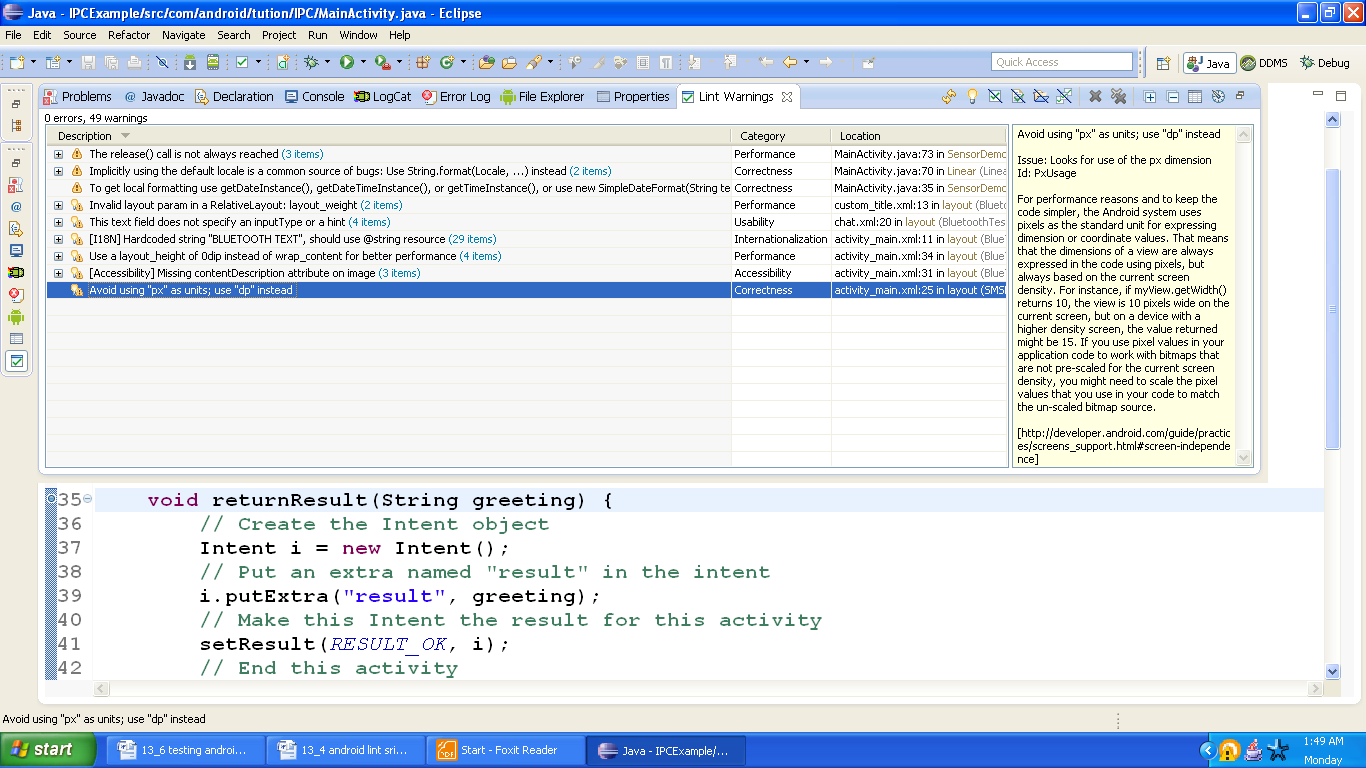 When we talk about command line interface, lint tool can be run against a list of files in project directory. The command usage is as follows:

We canissue the following command to scan the files under the my_project directory and its subdirectories and the issue ID MissingPrefix asks lint to scan the xml attributes which are missing in Android namespace prefix. The command looks similar to following syntax:

We can see the full listing of flags and command line arguments which are supported by lint. The command is as follows: 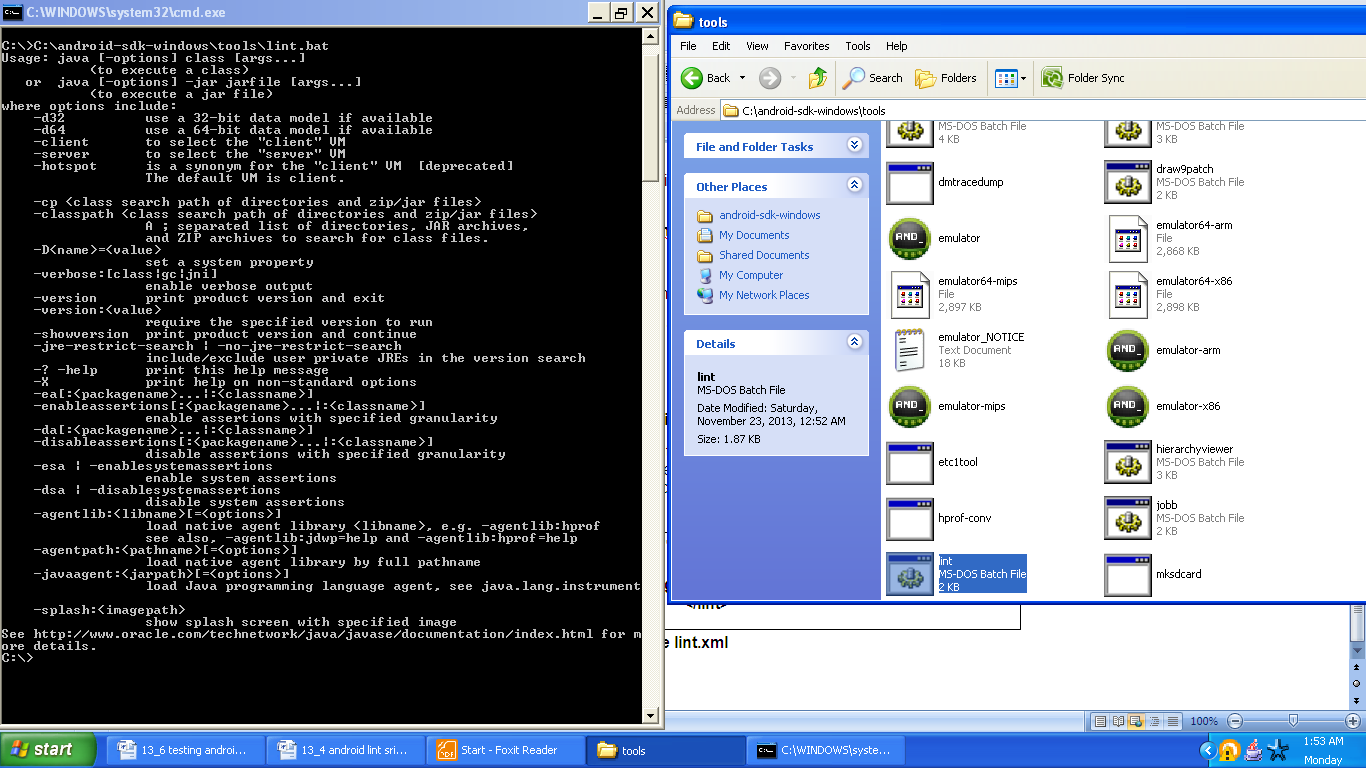 We can customize the restriction on issues for lint to check and assign the severity level for those issues. Lint checking can be configured at different levels of security which include globally (all projects), particular project, particular file and particular java class or method. We can specify our lint checking preferences in the lint.xml file. This fil should be placed in the root directory of our android project. When we use eclipse, configuring the lint preferences creates an lint.xml and is added to corresponding Android project automatically.

Congratulations ladies and gentlemen!! We are done with this sub-section. Looking forward to share another useful sub-section in terms of debugging, we hope you learned something from this section. See you in the next section. Till then keep practicing and wish you Happy App Developing!!!