In this chapter will learn about Android Broadcast Receivers. We already had a small introduction with this guy but today we shall know a little more than what we have known about him.

There are two types of broadcasts received by receivers and they are: 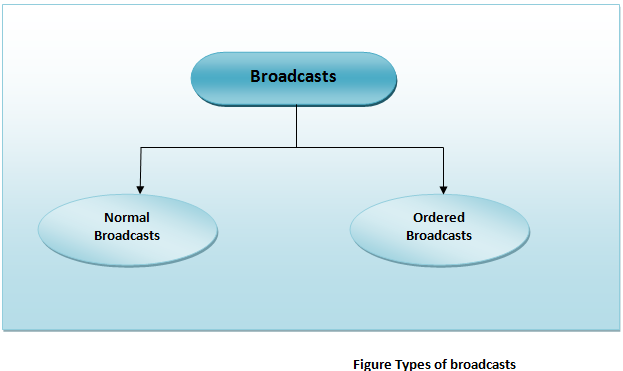 If we don’t want our broadcasts to be global then we can use another class instead of sendBroadcast() method. This class is LocalBroadccastManager. There will be no inter-process communication and hence no security issue. No other application will be able to know about this broadcasts except the intended application. We have to register our receiver. Registering a receiver can be done in following two ways:

Receiver has a limited and defined life cycle.  Consider the following points about life cycle of receiver:

Processes associated with Broadcast receivers have the following life style:

There are many system level services which broadcast messages at system wide level which can be used. These are intents which signal changes. Some of the native actions are listed in the following table:

Let us study some of the common methods and they are as follows: