A database is a collection of logically related data. Data are the values that can be recorded. User can record the data in an indexed address book or on an hard disk through the software Microsoft Excel or Microsoft Access.

The main objectives of DBMS are as follows:

1) Provide an efficient and easy way to store, update and retrieve data from a database.

There are various models as object oriented, entity relationship, object oriented and binary model. The most common and widely used is the ER model. It is the most ideal data model for the database design. The model was introduced in 1976 by Peter Chan.

The model is a collection of objects and entities and the relationship among them. The diagram technique for the model is as shown below:

Consider an example of an entity type, OFFERING that refers to the combinations of subjects in a course. A course with the same name can be offered in different semesters at different universities. The existence depends on the entity type COURSE.

The existence of the entity B is dependent on entity A when:

· Some instance of A must exist before B can exist

· B will not exist if A doe not exist

The following diagram consists of an entity, OFFERING which is dependent on entity COURSE. 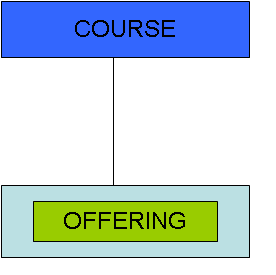 In the above diagram, COURSE is as independent entity. 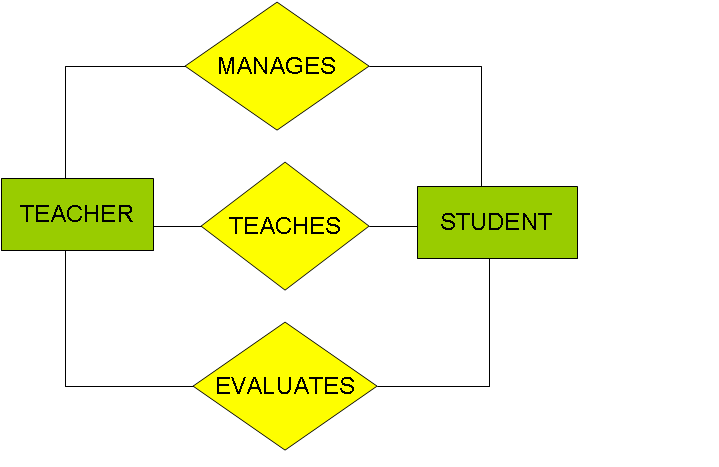 In the above diagram, TEACHER entity shares many relationships with the STUDENT entity. A teacher can teach, manage and evaluate the students.

There are following types of relationships.

· One to One relationship

· One to Many relationship

· Many to Many relationship

An attribute instance is also a particular property of an individual instance. Attributes are depicted as ellipses labeled with the name of the property. The key property is underlined. A key property uniquely identifies an entity instance.

The following figure shows the various attributes of an entity, STUDENT. 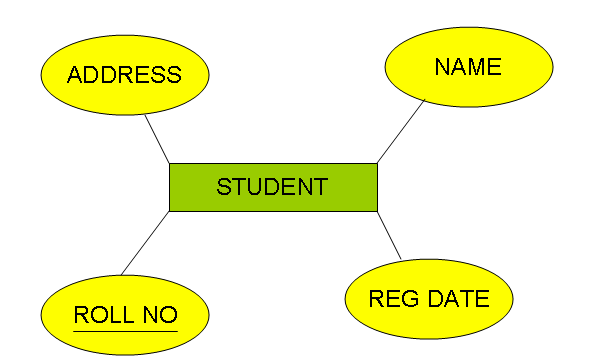 A subtype is a subset of another entity. For example consider an entity COURSE. There are two types of COURSES as semester courses and standalone courses. The entity COURSE is supertype and SEMESTER and STANDALONE are subtypes. There are some other attributes as name, content, duration and semester no.

The following diagram shows the relationship between supertype and subtypes. 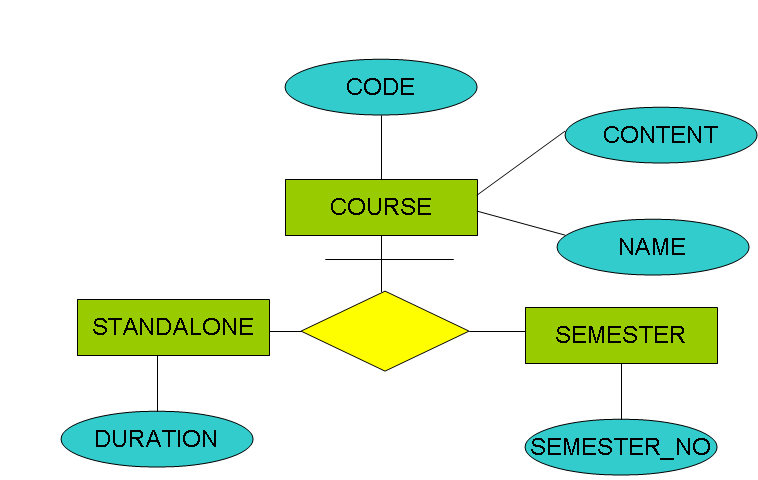 There are other data models available in the database. The three types of record based logical models are as follows:

2) Network model: In this model, the data and relationships among them are represented in the form of records and links. It is similar to the hierarchical model but the records in a database are generated graphically.

3) Relational model: In this model, the table in a database has a fixed length record with fixed number of attributes and fields. This model is widely used by the users in developing the database.

The relational model is used to simplify the database structure. It was developed by Dr E.F.Codd. It represents the data in the database as tables in the row column format. The following table describes the details of a teacher.

An RDBMS can be defined as a database management system where all the data is visible to the user is placed as tables of data values, and all the database operations work on these tables.

Each attribute of a table is associated with a domain. A domain is the collection of values from which one or more attributes contain actual values. The domain lists the possible values for an attribute. The domain of the CODE attribute would be set to the supplier codes.

The following diagram describes the data structure of the RDBMS. 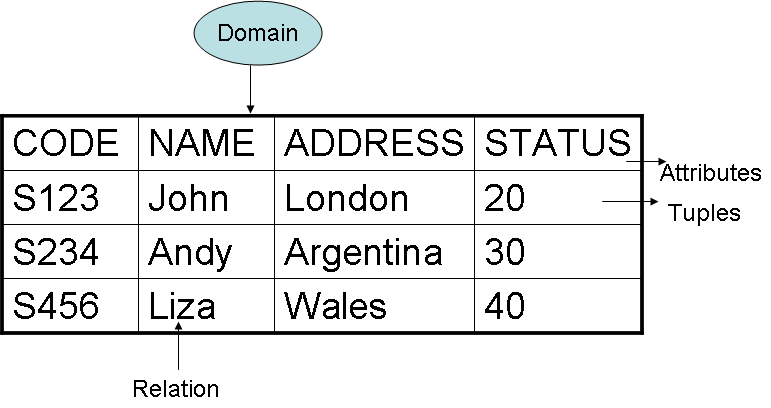