This chapter is going to describe the nature and characteristics of C variables and constants. 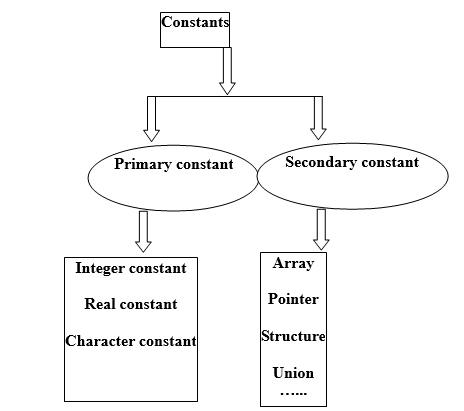 We are going to discuss primary constants in this chapter as we have separate chapters dealing with secondary constants. Let us have a brief idea about these constants:

Variable as the name suggests, it changes with execution. These are the variables which identify specific elements of the program. They are also called identifiers. Variable names are the names which are given to locations in the memory of development machine or computer where different constants are stored. These placeholders can hold an integer, real or character constant. Let us consider the following important points about variables:

We are concluding this chapter with this. Next chapter will introduce operators in the C language. Thank you.